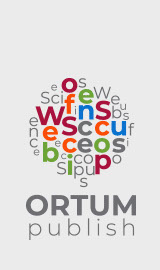 The National Research Tomsk State University, founded in 1878 by Alexander II as the Imperial Siberian University, from its first day of its existence was called to establish the ideals of science, education and culture in the huge territory of the Asian part of Russia. The highest priority of the University is to educate broad-minded, cultured individuals capable of independent scientific and philosophical accomplishments. University staff are actively developing modern approaches and techniques in all areas of activity, faithful to the traditions of their predecessors and enhancing the University’s status in the contemporary Russian and international scientific and educational environment. Nowadays, Tomsk State University is a leading classical research-type university, a recognized center of science, education, and innovation. It is among the top five classical universities in the country and the top five universities in the Russian Federation according to the QS BRICS ranking. TSU is the largest university in the city, where there are tremendous opportunities for self-fulfillment. Since 2015 TSU has been in the group of leaders of the federal Project 5-100 to improve the international competitiveness of Russian universities. The list of TSU's foreign partners includes more than 100 universities in Europe, Asia, America, Africa and Australia.

Industrial Union for the Development of Technology Market of «NEURONET» is the environment of next generation information exchange, the interaction between users of which will be carried out by specialized technologies, the so-called «NEURONET» technology.

An application for the publication of selected materials in English has been submitted to ACM International Proceedings. Alternative options are also being considered. The site will be updated after the conclusion of the contract.